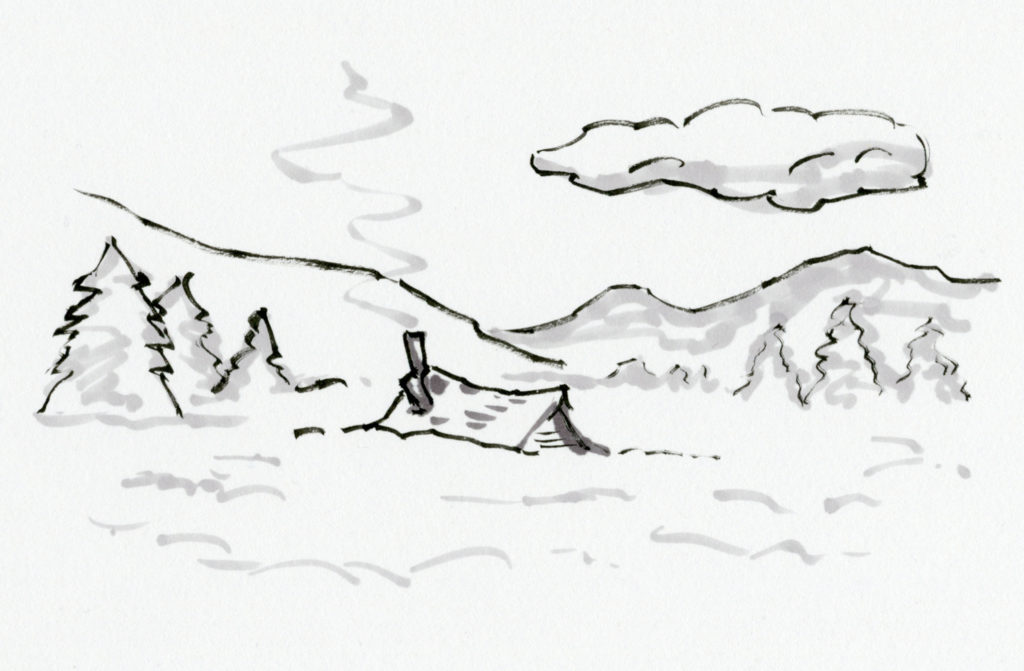 I know a lot of you are experiencing early stages of cabin fever with the heavy winter storms, because I’ve been getting several requests to help people find that story “about cabin fever and playing Monopoly.”

Here is a list of other winter stories to hopefully lighten up these cold, bleak days.

Found in the book Never Sniff a Gift Fish
The fever associated with cabin fever comes in many forms, but by far the worst is two-man-tent fever.

Found in the book Rubber Legs and White Tail-Hairs
When school gets canceled because of a blizzard, Rancid Crabtree shows Pat and Crazy Eddie Muldoon the proper way to ride an upside-down truck fender wearing a parachute.

Found in the book They Shoot Canoes, Don’t They?
Winter fishing is just as crazy as it sounds. In contemplating this malady Patrick also remembers the person responsible for exposing it to him: Rancid Crabtree.

Found in the book Rubber Legs and White Tail-Hairs
For six-year old Patrick entertainment was hard to come by in the dead of winter. Except for Tuesday evenings when they braved snow, ice, and wolves, to listen to the radio at the nearest neighbors.

Found in the book The Bear in the Attic
While Pat and Bun were taking a shortcut through the mountains in a blizzard, Pat was reminded of the time he and Crazy Eddie Muldoon built a snow cave during a blizzard in their youth.

Found in the book The Bear in the Attic
While Pat was playing hookey from school, Rancid Crabtree stops by and takes him ice fishing. Rancid falls through the hole in the ice and they build a fire to dry his clothes. Things were going as well as could be expected until some helpful neighbors come along and help Pat burn the old rags he had found.

Journal of an Expedition

Found in the book They Shoot Canoes, Don’t They?
Patrick presents his journal of a winter expedition with Al Finley and Retch Sweeney to Tuttle Lake.

Found in the book The Grasshopper Trap
When the fuel pump goes out in Retch’s new pickup, in the mountains, in a blizzard, Al Finley heroically fills in.