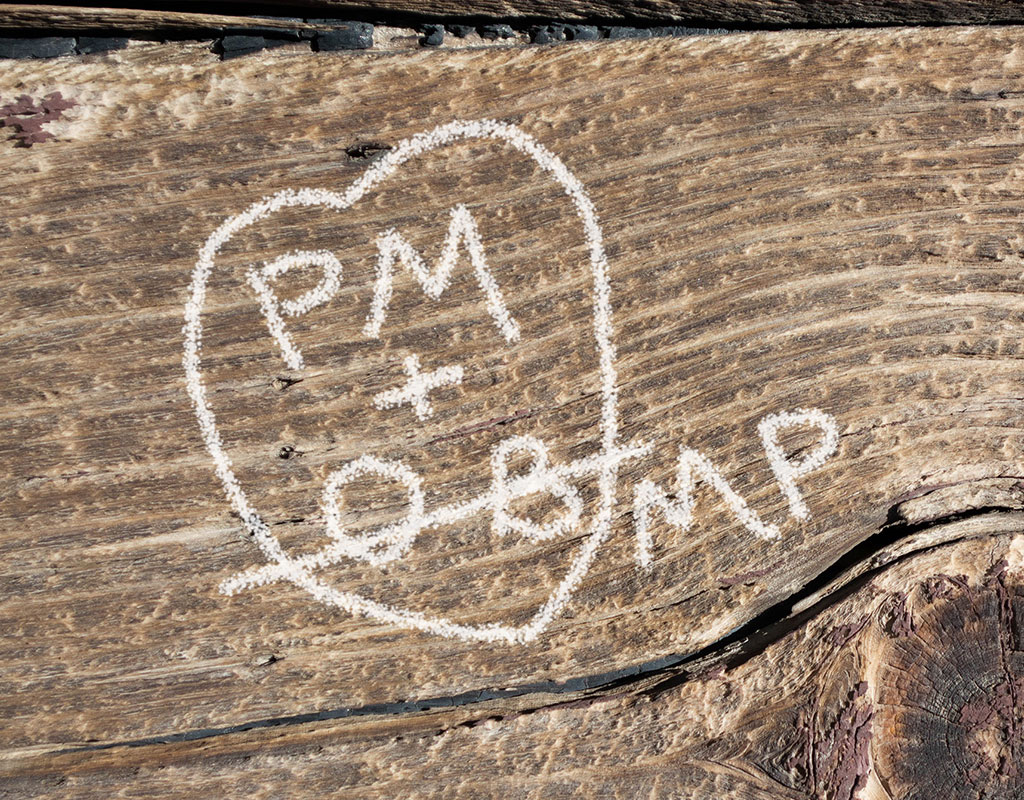 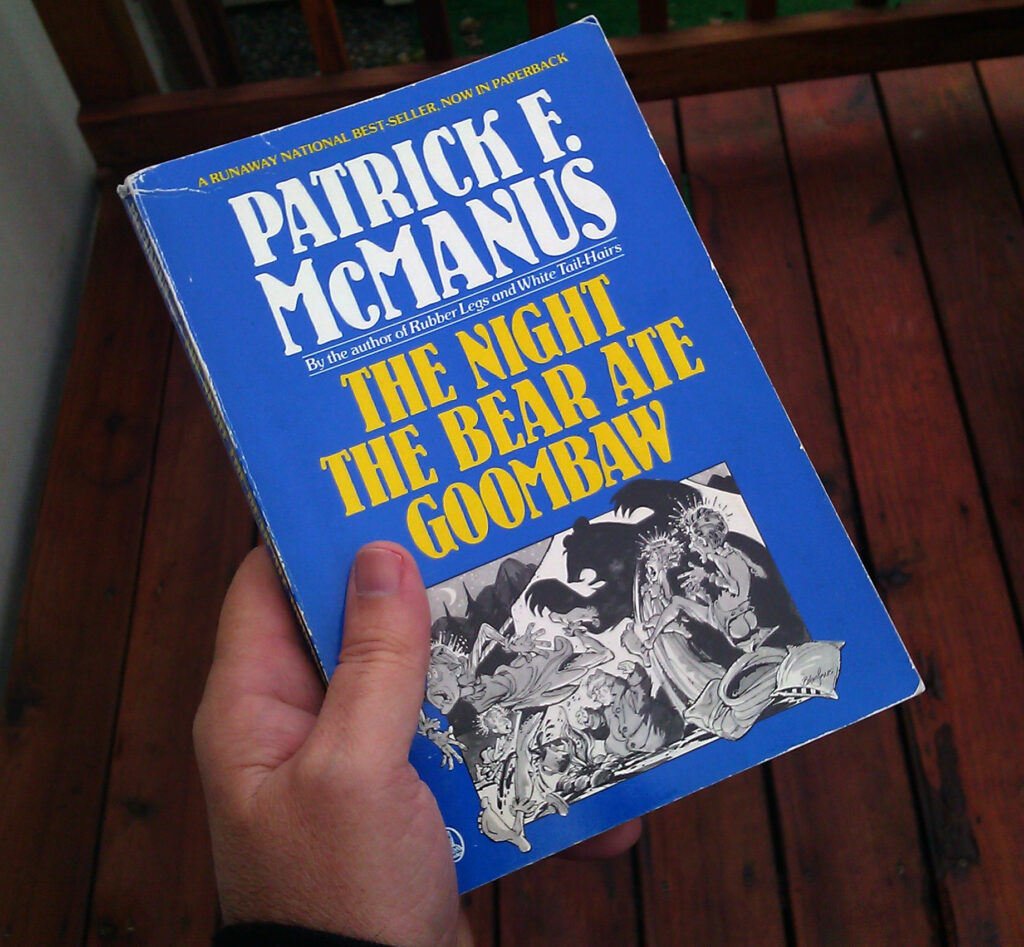 You Never Forget Your First Love

I remember the first McManus story I read. I was 30 years old (I don’t remember those first 30 years as being particularly boring, but without Patrick McManus what a dismal time it must have been). I was at a family reunion and my older brother handed me a book and said, “Here, you need to read this.”

The story was “The Night the Bear Ate Goombaw.” I was immediately struck with Pat’s dry, understated style. He made it seem so easy. I had never read a story that made me laugh so much.

As hysterical as his stories are when you’re reading them to yourself, to get the full effect you need to read them aloud, or listen to them being read. Those who know me know how much I love to read aloud. In my high-school years our family didn’t have a television so I would read out loud every night for our entertainment. I wish I had known about McManus back then.

Later that afternoon when the family was all together I read “The Night the Bear Ate Goombaw” to everyone, as well as “A Really Fine Blizzard” and “Getting it in the Ear.” It seems like I can only read a few out loud at a time ’cause I’m exhausted from laughing.

In the comments below tell us about your first McManus story. How old were you? How did you discover him?

A couple months ago my wife and I moved to Coarsegold, California, about a half hour south of Yosemite National Forest. We’re finally settled in and enjoying the change in scenery and exploring the foothills of the Sierra Nevadas.

There’s more wildlife here than we saw in suburban Utah. Squirrels and rabbits, of course, blue jays, finches, quail, hawks, deer, and we saw our first tarantula the other day!

Do you have any family or friends looking for a story they can’t find? Tell them about the index and send them our way!

Many thanks to all of you who have purchased Where’s the One About the Bobcat. 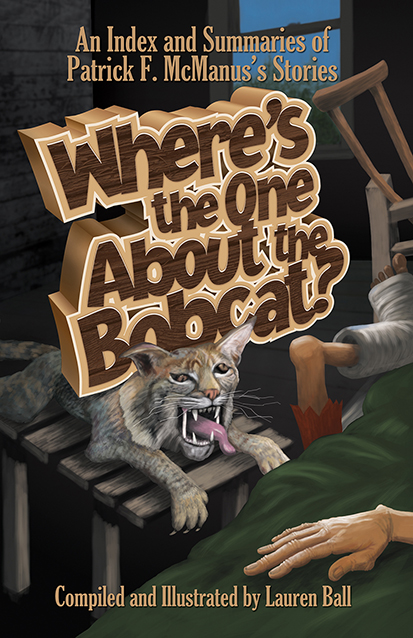 I’ve had a request from a visitor via the Quick-Find a Story link here on the site. This is what he requested: “Field and Stream story from the 70’s about Pat’s dog running away.”

The email address he provided was not valid, so I’m posting this here in hopes he sees it:

I’ve researched all the stories about Pat’s dog, Strange, in all his books and have not found any mention of his dog running away. There is one story where Strange came home after being gone for two days and meeting their new cat, Matilda Jean (“Strange Meets Matilda Jean” in the book Real Ponies Don’t Go Oink!). I’ve even read through the memoirs he wrote in How I Got This Way and Whatchagot Stew, and no mention there either.

Patrick said he has a stack of stories in his closet that have been published in various magazines but not yet collected in book form. It’s possible the story you’re looking for is not in one of his books yet. My index is only for all the stories that have appeared in his published books.

If any of you are familiar with this story, please help us out in the comments below.

When my daughter and her family were vising recently she took this photo of one of my grandkids, and I happened to be wearing my Rancid Crabtree t-shirt. He looks so stoic. 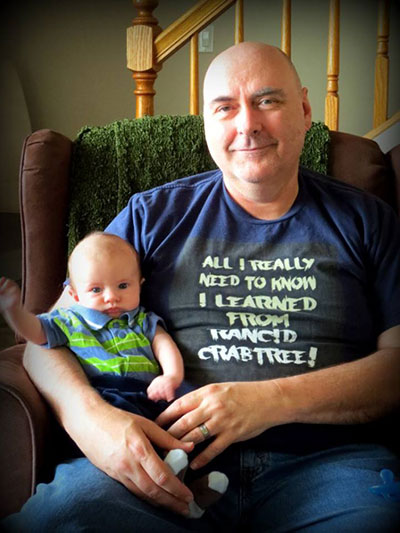 There were many men in Patrick’s life. His father, stepfather Hank, and the fathers of his close friends all helped shape Pat into the man he is today, for better or worse. In honor of Father’s Day take some time and share these stories with the fathers in your life.

1. In Judgment of Men

Found in the book The Bear in the Attic.

Patrick contemplates the qualities of his father, stepfather, and other men that his mother might have married. He also remembers getting his first guns—a BB gun, a .22 rifle, and a shotgun.

Patrick describes the various tents that have tormented him throughout his life. In particular, he tells of shooting arrows through Cousin Buck’s new tent, and the time he and Crazy Eddie were mistaken for a mummy late one night in the Muldoon’s kitchen.

Found in the book Rubber Legs and White Tail-Hairs.

Changing a flat tire today is nothing compared to “fixing a flat”. Patrick remembers the Sunday family outings of his childhood, with their regular flat tires. Watching his father’s antics was highly entertaining, since carrying a spare (and a jack even) were considered profligate.

Found in the book The Night The Bear Ate Goombaw.

A task or goal may seem simple enough, but unless you’re careful you will be sucked into an endless vortex of sequences. It’s usually best to just go fishing instead.

5. Salami on Rye and Hold the Wild Gobo

Found in the book Never Sniff a Gift Fish.

Hank’s culinary horrors are finally surpassed when a butchered-pig’s blood is saved to make sausages.

He would definitely approve of the Selk’ Bag, a sleeping bag with arms and legs, ideally suited for Sasquatch hunting, sleeping out in the backyard, and any time you need maximum mobility at a short notice. And they’re stylish to boot! 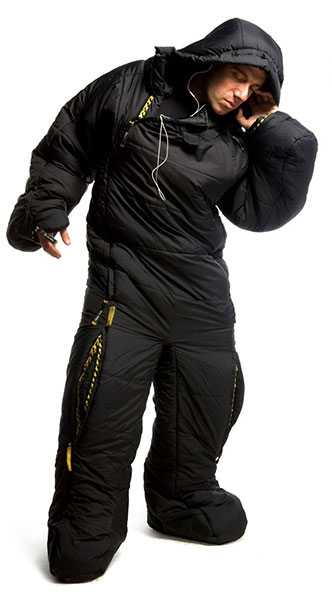 *This post has been edited. The company name and product details have been updated. I have no connection with the company and have received no remuneration from them.

Yes, Christmas time is your favorite time of year, the snow, the music, the lights and decorations, the feelings of goodwill. But you know there are some people who, (hm, how should one say,) don’t feel the same way you do.

Around the end of November, or sooner, a perceptible glaze covers their eyes, their jaw sets a little firmer and perhaps even juts out a little, and they’re even a might bit snippy. So get them this design on a mug (or lots of other items) and they will feel ever so slightly better. 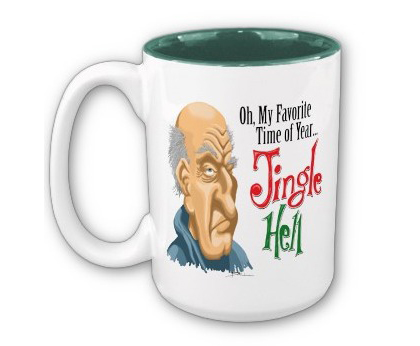 This time of year people are always looking for the perfect scary story.

Each one of these stories gives me that indescribably pleasant shiver and also have the added benefit of making me laugh out loud.

Found in the book How I Got This Way.

Mr. Muldoon takes Crazy Eddie and Patrick into a clearing deep inside the Big Woods on an errand to pick dewberries. As the sun sets Eddie’s imagination gets carried away, and all three of them flee the clearing with ghosts hot on their tails.

Patrick tells of the many tents he’s had the misfortune of encountering in his life. However, none of them are as fearful, to all parties concerned, as the one he and Crazy Eddie made out of gunny sacks one late-summer evening.

Looking for an area on the Pack River that hadn’t been fished, Pat, his friend Birdy and the old woodsman, Rancid Crabtree, find themselves deep in a swamp. When darkness comes they narrowly escape an attack of a killer bat.

Found in the book A Fine and Pleasant Misery.

Late one night, from ten feet in the air, encased in a chicken-down sleeping bag, Patrick accidentally falls from his jungle hammock onto the unsuspecting family dog.